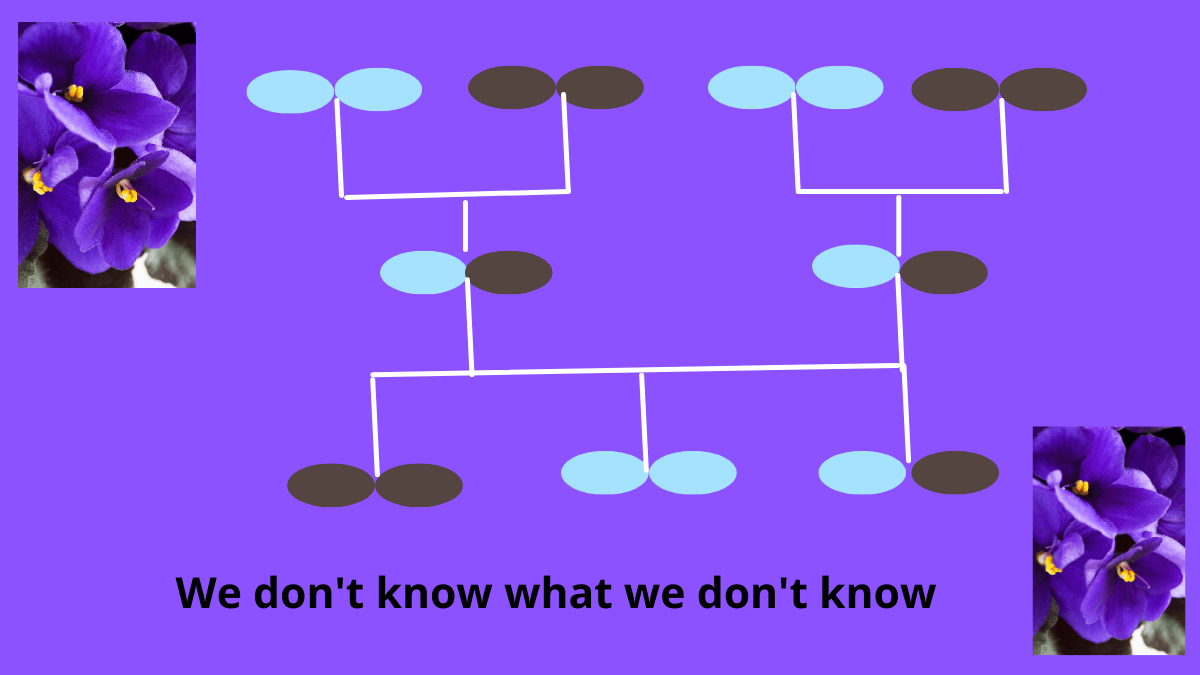 Memory is a strange thing- or maybe it’s only my memory that’s strange. Always was a little quirky. But here is what happened so this post didn’t turn out how it was supposed to.

So here is where the memory misshap came in. First of all the song is about lavender not roses and violets, secondly it’s blue and green, not red. Anyone remember? ‘lavender blue dilly dilly, lavender green, when I am king dilly dilly you shall be queen.’ It’s an English folksong.

So this dilly dally distracted me from what I planned to right about, namely eye colour, blue, brown and in between.  Back in the ancient days of genetics – yup I’m feeling very out of date – I could simply explain eye colour in my family very simply using Mendelian genetics. This is how it used to go.

Both Bob and I had one parent with blue eyes and one brown eyed parent but both of us had brown eyes. We had 3  kids, two brown eyed and one blue. Since the gene for blue was thought to be recessive, the parents and the child with blue eyes would have to have got one blue eye gene from both of their parents. Brown is a dominant gene; you only needed one to get the brown eyes, so the brown-eyed folks on the family chart could either have two copies of the brown gene or one brown and one blue. But since one of our kids had blue eyes, that told us that both of us had one brown and one blue eye gene.

So simple a scheme – but not anymore. We now know that multiple gens interact  to produce eye colour, and also skin and hair colour.  Like skin and hair, the colour of your iris, whether blue, green or brown, is determined by the amount of melanin.  Brown eyes contain lots of melanin, blue eyes much less. Melanin is protective against damage from UV light, certain cancers and macular damage occur more frequently in blue eyed individuals.

Two genes, OCA2 and  HERC2, located on chromosome 15 have long been known to be important as they control the production of melanosomes, the cells that make the melanin.  By 2011, 16 genes for eye colour had been described, and only last month, researchers reported 50 newly identified genes for eye colour. And yet again it reinforces that the more you know, the more you know what you don’t know.

Regardless of how your eye colour came to be, you need to be vigilant about protecting your eyes from light injury.  Shielding the eyes against UV light by wearing good sunglasses is vital. Although  my eyes are dark brown, they are exposed to a lot of blue light from phone and computer screens.

I am scrupulous about taking my daily supplement that contains lutein and zeaxanthin, carotenoid antioxidants, that accumulate in the macula, protecting it from UV light damage.  You can see how effective this is in this video.

To learn more you can leave a comment or email me at info@askdrgill.com