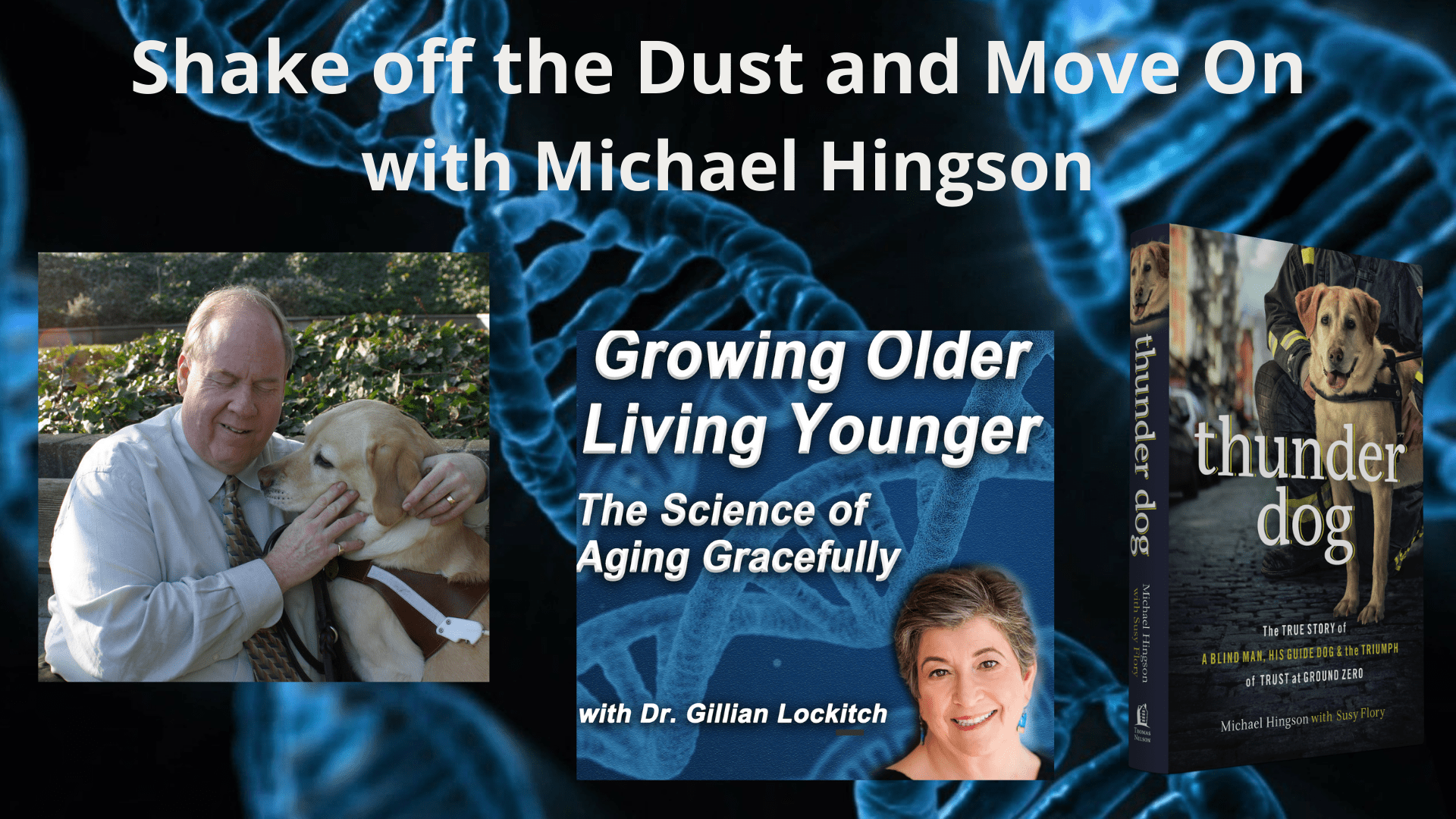 064 Michael Hingson: Shake off the Dust and Move On.

The critical key to surmounting obstacles, conquering challenges, and reaching your goals lies in your mind. You have to believe with your whole being that you can do it. Often what holds you back is fear.

Today I talk with Michael Hingson, author of Thunderdog: The True Story of a Blind Man, His Guide Dog and the Triumph of Trust at Ground Zero, about diversity, inclusion and conquering the mindset of fear.
Michael has an incredible story to tell. When he was 6 months old, his parents were told that he was permanently and totally blind. He was one of more than 10,000 premature babies in the US who developed retinopathy due to excess exposure to oxygen, irreversibly scarring and destroying the retina, so no visual information was transmitted from the eye to the brain.
But Michael’s sighted parents believed in raising their son with a can-do attitude. Treated like all other children in his family, Michael rode a bike, did advanced math in his head and learned to read and write in Braille. Michael’s family relocated to Palmdale, California when he was five years old. It is here that Michael had his first adventure with Guide Dogs for the Blind and received his first guide dog. He later earned  bachelor’s and master’s degrees in Physics along with a secondary teaching credential from the University of California at Irvine.
On September 11, 2001, Michael and his guide dog, Roselle, escaped from the 78th floor of Tower One in the World Trade Center moments before it collapsed, only to be enveloped in a thick cloud of pulverized concrete dust. Soon after, Michael and Roselle were thrust into the international limelight where Michael began to share his unique survival story and 9-11 lessons of trust, courage, heroism, and teamwork. The story of their escape from Tower 1 was engrossing.  But most important  was how his parents raised him to acquire the survival skills and mindset that enabled him to survive the 78 story stairway descent of World Trade Center Tower 1 on Sept 11, 2001 and then to shake off the dust and move forward.
Mike enjoys a successful 41-year sales career, first in high-tech and now inspiring adventures and joyful living for audiences around the world. He is a long time Social advocate for change concerning disabilities through his involvement with the National Federation of the Blind.

Contact Dr. Gillian Lockitch to learn how you can live younger as you grow older:
Order a copy of Growing Older Living Younger: The Science of Aging Gracefully and The Art of Retiring Comfortably