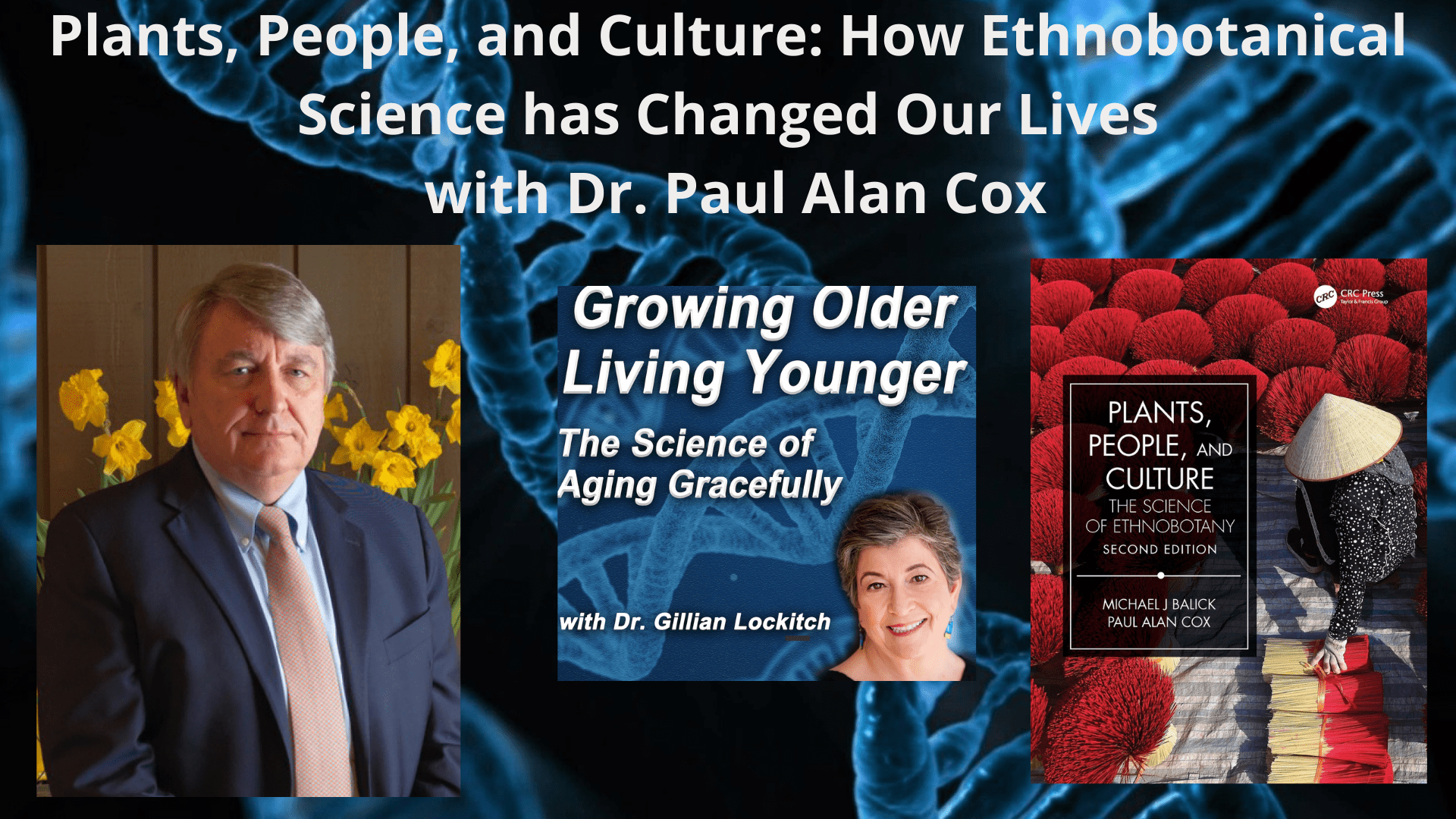 “Walk into any pharmacy and ask to examine a bottle of prescription medicine chosen at random. There is a one in four chance that the prescription medication you hold in your hand has an active ingredient derived from a plant. Most of these plant-derived drugs were originally discovered through the study of traditional remedies and folk knowledge of indigenous people.” (M. Balick, P. Cox.)

As I read this opening paragraph in the chapter on PlantsThat Heal, from the book, Plants, People and Culture: The Science of Ethnobotany by  Drs. Michael Balick and Paul Cox, I thought, what better way to celebrate the 50th episode of Growing Older Living Younger, than a conversation with ethnobotanist, Dr. Paul Alan Cox, Executive Director of the Brain Chemistry Labs, whose passion for learning about indigenous cultures and searching for new medicines, has taken him around the world.
Dr. Cox has worked in remote island villages and other locations including Polynesia, Indonesia, the Solomon Islands, Fiji, Australia, Japan, Sri Lanka, East Africa, Scandinavia, the Arabian Gulf and the Colorado Plateau.  He was both a Danforth Fellow and a National Science Foundation Fellow at Harvard where he received his Ph.D. He was awarded the Goldman Environmental Prize, sometimes known as the Nobel Prize of the Environment and was named one of TIME magazine’s eleven “Heroes of Medicine” for his discovery of a new HIV drug candidate. His conservation foundation, Seacology, has set aside over 1.5 million acres of rain forest and coral reef in 66 countries around the world.

We discuss how plant derived bioactive substances can both heal and harm, and how learning about age-old healing traditions can guide discovery of new therapeutic drugs. A comparison of villages with the highest and the lowest known rates of Alzheimer’s disease and ALS (amyotrophic lateral sclerosis) led to the discovery in Guam of a neurotoxin produced by cyanobacteria that accumulates in the foods in their traditional diet. Ogimi in Okinawa has no record of Alzheimer’s, ALS, or  Parkinson’s disease, and has more women, over the age of 100, than almost anywhere in the world. At the Brain Chemistry Labs in Jackson, Wyoming, a not-for-profit research institute, studies are focused on finding new treatments for ALS, Alzheimer’s and Parkinson’s disease.

You will find many more  fascinating stories about plants and human in the book,  Plants, People and Culture: The Science of Ethnobotany. 2nd Ed. 2021 By Michael J. Balick and Paul A. Cox. CRC Press.
Brain Chemistry Labs:  https://twitter.com/brain_chem_labs

Schedule your free Living Younger Discovery call with me at https://calendly.com/askdrgill/30min